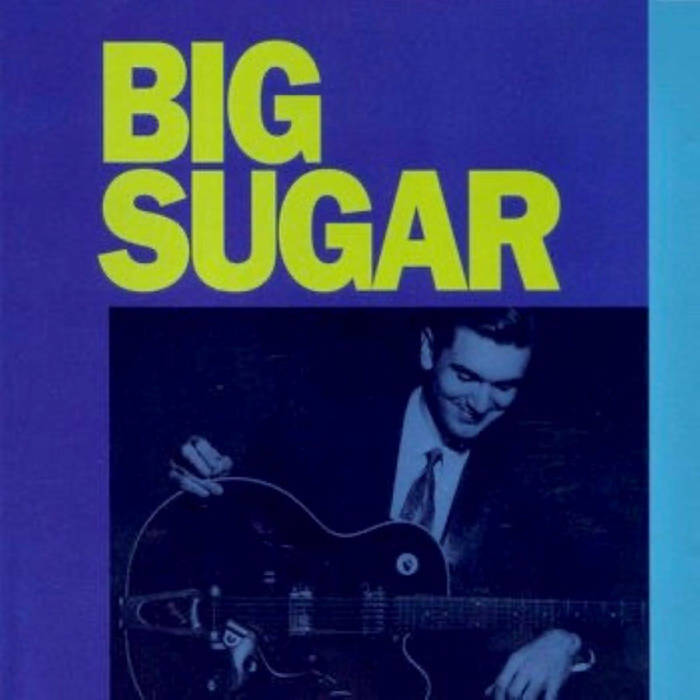 The first album release for Big Sugar having come directly from the blues and jazz clubs of Toronto, Canada to a recording studio full of guest musicians and a live audience. This serves as a snapshot in time.

Mastered by George Graves at The Lacquer Channel

Special thanks to Molly Johnson for her guidance and for singing 'Round Midnight.

Thanks to everyone who organised and took part in the live recording, and to all of those who have inspired and supported Big Sugar.

Special thanks to- everyone at A&M Records for their genuine excitement and enthusiasm towards the project, The Katherine, Jaymz Bee, Julian Grant, Bruce Parlette, Michael Mateo, Eric Yaelland, Tantara, and Teleskop Film who played an integral part in this event.

Big Sugar Big Sugar Provogue – PRD 70522
Copyright: 1993 Netherlands
Notes: European issue of debut with 14 tracks and different run order. Missing “Stardust” and “‘Round Midnight” from the domestic release. Includes “Lets Talk It Over”, “Stop Breaking Down”, “Shot In The Dark” and “In My Time of Dying”.